This afternoon I trekked to my neighborhood’s GINORMOUS garden center with a very specific mission in mind:to take pictures of butterflies. I didn’t care about the type nor the color of butterfly, I just needed one of them to hold still long enough to take a few pictures.

Turns out they are sadistic little suckers who have attention spans of preschoolers. I spent a better part of a hour, dodging mud puddles, chasing them around, as they haphazardly flitted from flower to flower.

“Psssssst….” An amused onlooker finally hissed at me through a sea of orange and yellow flowers. “There is a butterfly right here.”

Mission accomplished. A beautiful yellow butterfly was tucked amongst the flowers. And unlike his flappy-winged counterparts, he allowed me to take as many pictures of him as I wanted.

Maddie Shura was diagnosed with a Diffused Intrinsic Pontine Glioma (DIPG) a few weeks after we lost Abby. I haphazardly came across her story while researching a blog entry and decided to reach out to the Shuras in hope that I could help navigate through DIPG research. After a few months of communicating via texts, emails, and phone calls, we were able to meet in person. It was then that I learned that Maddie not only had some solid dance movies but liked my butterfly and dragonfly photos.

Over these last few months, it has become evident that navigating through DIPG research is similar to  chasing the butterflies that Maddie likes: a lot of weaving without any definitive path.

DIPG has the poorest prognosis of all pediatric brain cancers. To paint a clearer picture, Neil Armstrong’s daughter, Karen, died of DIPG in 1962 and the treatment options haven’t evolved.

I candidly asked Maddie’s parents, Jason and Kelly, the three things that they would like to see happen in regards to DIPG. This is what they said:

Interestingly enough, The Cure Starts Now, a DIPG focused foundation, argues that curing DIPG could lead to cures for all cancers. Although this sounds a little far-fetched, two prominent DIPG experts don’t think so.

Dr. Mark Kieran of Dana Farber/Boston’s Children’s Cancer and Blood Disorders, said, “If you could cure the most malignant of all cancers in children, that would be a significant step forward. Cancer is a complex disease, and there isn’t going to be one cure. But the insights from finding an effective therapy for DIPG will have broad potential implications.”

Dr. Javad Nazarian, a brain cancer specialist at Children’s National Health System in Washington D.C., concurred. “Effective treatment of children with DIPG is a challenge — we have failed despite 45 years of clinical research. If we find effective ways to treat these children, we will have solved one of the most challenging and lethal cancers. Those findings could apply to other difficult cancers and could have a large impact on the field.”

I want to leave this entry with a final thought. Maddie is 7. She deserves the opportunity to do the things that we adults have been able to do in our lives. Like?

Get a driver’s license.

Have a first boyfriend.

Get her first job out of college

Have children of her own 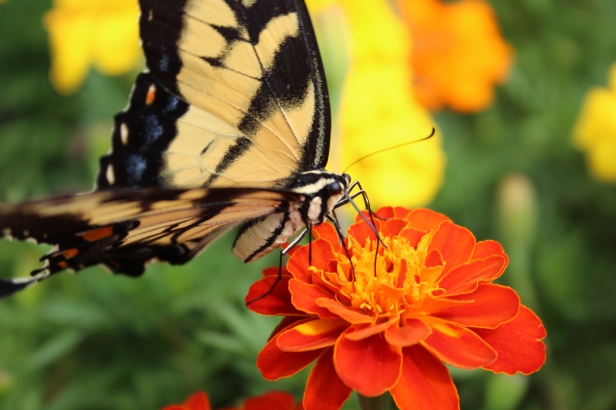